Since 2008 we have funded hundreds of NGOs and thousands of different projects that build their capacity, support local development and advance civil society of Estonia on large scale. In 2018, NCFS celebrated its 10th anniversary.

Throughout the years we have supported many innovative undertakings and important capacity building projects of major NGOs of Estonia like Network of Estonian Nonprofit Organizations, Estonian Fund for Nature, Human Rights Centre, Good Deed Foundation, Estonian Chamber of Disabled People, Foundation for Science and Liberal Arts Domus Dorpatensis, Praxis Center for Policy Studies and many more.
Here are some examples of the innovative projects that have had larger impact on NGOs and civil society of Estonia and other countries as well.

Let’s Do It! is a civic led mass movement which began in Estonia during 2008 when 50,000 people gathered to clean up the entire country in just five hours. Throughout the years, NFCS has supported the movement's activities in Estonia and the networking that has made it global. It is now an international movement with 112 countries working together, engaging over 13 million participants.

Following the success of the first Let's Do It! clean up in 2008 and the spark of civic activity that it had made, its organizers started planning country-wide brainstorming sessions which would gather citizens in every part of Estonia to come together and come up with improvements in their communities. The country-wide event was funded by NFCS and it took place on the 1st of May 2009, bringing together more than 11,000 participants. Results of the brainstorming sessions were gathered in virtual ideas bank. Many of the ideas later evolved into projects, involving whole communities and promoting civic activism.

In 2009, an Estonian development cooperation, humanitarian aid and global education organization, Mondo established a child sponsorship scheme and a system of ethical alternative gifts with the support of NFCS. The gifts and donations target specific educational and local income-generating projects run by partner organizations in the South. By this, they have achieved higher participation in development cooperation projects among Estonians.

In 2011 we supported the creation of Estonian Social Enterprise Network and since then have worked side by side with them, developing social entrepreneurship in Estonia. 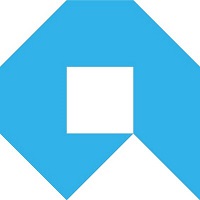 Festival of Opinion Culture, funded by NFCS among others, is an open platform for discussions on society and culture, without any hindrance of political ambition. It is a self-evolving communitywide festival open to everyone. Its aim is to bring active and alert people together to discuss issues that are important to them and to Estonia in general. The format of the festival is imported from Sweden and in 2015, after two successful years in Estonia, was also held in our neighbour country Latvia.

Hooandja is first Estonian crowdfunding platform designed to crowdfund music, theatre, education and arts projects. With our funding, their team made another crowdfunding platform that is specialised for NGOs and their endeavours. In addition to simply crowdfunding for money, the new platform enables NGOs to ask for other necessary items (e.g. furniture, technical equipment) or even volunteers for their projects.